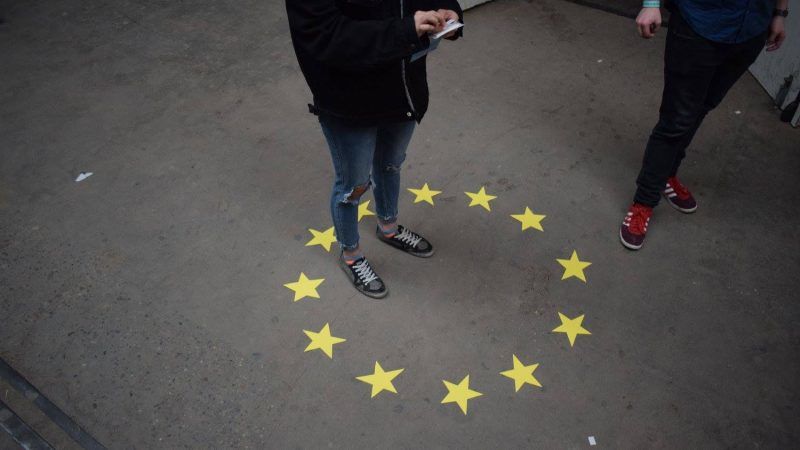 Proroguing W/estminster is a transparent manoeuvre by Boris Johnson to set up a ‘people versus Parliament’ election, even with the UK on course to crash out of the EU.

Whether one calls it a ‘constitutional outrage’, an ‘abuse of power’ or an ‘affront to democracy’, whether one focuses on its formal characteristics or on its institutional consequences, the British prime minister’s decision to prorogue Parliament, against its will, constitutes a political coup in both senses of the term. It is a ‘do-or-die’ move (to borrow Boris Johnson’s hyperbole) and it is a step outside the margins of democratic legitimacy.
The line between constitutional encroachment and unconstitutional power grab has always been thin in times of accepted dictatorship (China), elected dictatorship (Venezuela), illiberal democracy (Hungary, Poland, Czech Republic) and elected authoritarians (Russia, Turkey, Philippines), as with Donald Trump and ‘Brexit’. Johnson has just elided the two.
The United Kingdom does not need to have a written constitution to be bound by constitutional principles and participate in the worldwide ‘constitutional acquis’—the rule of law and the interpretation of such rule always in favour of, never against, democracy. In fact, despite its unwritten character and arcane proceedings, the British constitution has inspired and influenced many national practices through the solidity and continuity of its democratic and parliamentary tradition and through the pre-eminence of liberty in the public and the private sphere. Johnson’s initiative, supported by blatantly populist motives, has clearly broken with this trend.
‘Will of the people’
The most salient characteristic of populism is that it subjugates legality to the ‘will of the people’—or it creates a new ‘legality’ to serve such an imaginary construct. Democracy, however, in its constitutional practice, puts legality first and enables only the courts—never politicians, elected or unelected—to judge or interpret it. Legality is always, especially in the British tradition, a dynamic notion: it is judged on a case-by-case basis, where circumstances matter. The democratic spirit matters even more.
In the case at hand, it is true that prorogation of the parliamentary session is not only permitted but usual and that it constitutes a government prerogative: the monarch is ‘asked’ to embrace the proposal and does so, because it cannot shape or influence any political decision. Prorogation is thus only normal, and legal, when there are no urgent, very important or outstanding parliamentary matters.
Shutting down Parliament a few weeks before the Brexit deadline—against repeated manifestations from the Speaker, parliamentary groups and individual members of a will to debate and shape the final Brexit decision as exhaustively as possible—clearly goes beyond what is acceptable.
Obviously untruthful
Another populist trait is the conscious use of lies or subterfuge. The prime minister and his government, many members of which had previously opposed prorogation, have acted covertly, surprised both Parliament and the public and used the obviously untruthful argument that prorogation would serve a new legislative start (of an unelected government, with Brexit looming over everything).
They acted not only consciously but deliberately: their goal is not only, maybe not even primarily, to curtail Parliament’s ability to shape Brexit and eventually find solutions other than those wished for by the government or envisaged at the time of the referendum. Rather, it is to make Parliament vote down the government via a vote of no-confidence and provoke a general election, which, because of the calendar, would take place after Brexit had been delivered to ‘the people’—but not, as the Supreme Court has unambiguously ruled, with Parliament having had the definitive word.
Serving self- or party interest, not the general interest, is the ultimate populist motive. Johnson has shocked the system, as he wanted to do. He knows that he is stifling democracy to have a better chance of succeeding in his primary objective, which is not to make sure that the UK exits the European Union on October the 31st—much less if it means exiting with no deal—but to win that election and secure the mandate he now lacks.
To make this happen, he has calculated that his best chance is to pit the parliamentarians as ‘enemies of the people’, present himself as servant of the ‘people’s will’ and thus garner most of the Brexit-supporting vote. This at the risk of dividing more profoundly an already divided country and of sapping the foundations of British parliamentary democracy.
Not helpless
Against such an overtly populist strategy, democracy, especially British democracy, is disconcerted but not helpless. It cannot, and must not, borrow its enemies’ weapons, but has some legal and political arms of its own. Legal challenge is in train, working within the strictest of timelines. Parliament can and will act. Public outrage has already emerged and cannot be left unanswered.
The poison has entered the veins of democracy but the fatal blow can still be averted. Time, though, is fast running out.