The Juncker commission: lessons from an almost-lost mandate 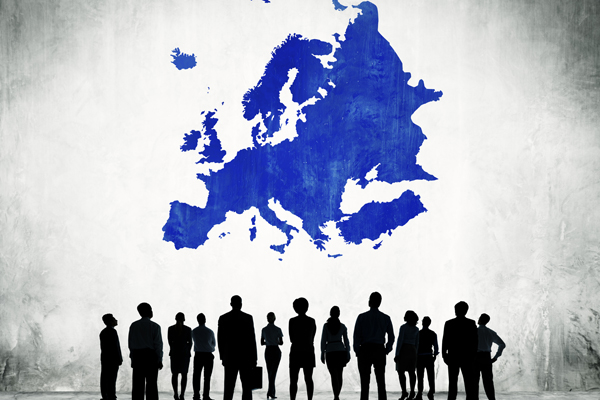 Many analysts refer to the coming European elections as the ‘last chance’. Brexit and the rise of populism, combined with a generalised loss of political will and orientation, do create a sense of urgency. Yet the 2014 elections, held amid the financial crisis and at the beginning of the refugee crisis, were also deemed the last chance. And they led to the most ‘political’ commission since the times of Jacques Delors as president and to the most ‘political’ mandate since Delors changed the rules of the game.

The Juncker commission was formed in full cognisance of the challenges and expressed a strong commitment to take decisions and make advances, institutionally and practically. But has it delivered? From a progressive standpoint, has it advanced in the three ‘social-democratic’ areas identified by the centrist Juncker and his rainbow of a commission: balancing economic measures and social preoccupations, instilling a sense of ‘common European good’ and making tangible progress on climate change, inclusive growth and use of technology? Three main conclusions emerge.

Flurry of schemes
Lesson number one: political willingness does not suffice to bring about political change. The Juncker commission announced and tried to effect a flurry of common schemes: the ‘Juncker plan’ for growth, finalisation of the banking union and the launch of a capital-markets union, an energy union and a digital union. Not one of those projects has arrived at fruition or even produced substantial results.
These episodes should not be underestimated. They have come about, however, not so much as the result of a clear political project but as reactions to disparate issues and problems. Most importantly, these steps have not advanced common ideas, produced sustainable growth or enhanced the European Union’s place in world affairs.

For progressives, the message is clear: there can be no political progress with patchwork solutions. Prioritisation is of the essence as well as the pursuit of common initiatives—advancing but also transforming the ‘European social model’ through creative thinking about intelligent growth, jobs and social protection in an era of technology, tight public finances and globalisation.

Morality counts
Lesson number two: morality—doing politics in a sincere and principled way—counts. More than from its half-successes, the Juncker commission has suffered from two not so prominent but politically important failings: the non-sanitisation of finance and the non-moralisation of EU governance.

The battle for a ‘financial tax’ has not been fought. Shadow banking still reigns and the capital markets are more opaque than ever. Bonuses for managers remain sky-high and unconnected to results, while tax havens and money-laundering prosper. Legislation (the Markets in Financial Instruments Directive, the General Data Protection Regulation and banking reforms) systematically privileges the ‘big players’ and puts disproportionate burdens on small and medium enterprises, researchers and individuals.

The treatment of Greece is doubly telling. In the first two phases of the crisis and under the first three ‘memorandum’ governments, the lenders, and especially the commission, showed a certain arrogance and disrespect for the Greek public; then, in the last phase and under the ‘radical left’ government, they turned a blind eye to the real economy and growth conditions and praised the government for delivering laws without reforms. With both attitudes they alienated the citizenry and hindered exit from the vicious cycle of austerity and dependence.

Even more damaging were the consequences of the energetic Juncker’s direct involvement in two cases of high symbolic value: the ‘Lux-leaks’ scandal and, most importantly, the legally problematic and politically unacceptable ‘parachuting’ of his closest aide, Martin Selmayr, to the most prominent, and permanent, commission post. Apart from the reputational blow dealt to the commission and all the EU organs, those ‘affairs’ have also hindered the commission in the biggest and most difficult institutional battle it has been forced to wage, still undecided—that for the European rule of law and enforcement of the ‘common constitutional principles’ against those politicians and member-states openly defying them.

Existential crises
Lesson number three: to combat populism and populists, words are not enough, even if they are necessary, and action is insufficient if not followed by tangible, shared results. This is where progressives in Europe—bearing in mind that ‘left’ is a label in urgent need of dissociation from rigid ideas and glorious defeats—should step in and lead.

The three existential European crises—financial, migration and Brexit—and the small steps of the very political Juncker commission have shown the real dilemmas and the battles worth waging: cleaning up the world of finance, without shutting down its potential for growth; pursuing common initiatives and decision-making, starting with economic governance; choosing persons of integrity, grit and vision for high-ranking European posts; promoting the ideal, and the economy, of knowledge and innovation; and engaging the citizens of Europe by putting real politics at the forefront.

Explanation, discussion and presentation of choices are needed—not only defence and praise but also empirical proof of democracy’s superiority and the necessity of the European project. Without such proof, both are in danger of being perceived as not valid. And that would bring the collapse not of European politics, but of politics in general.